harmed and the stables were rebuilt already the same year.

In 1910, the farm went through a major renovation where the main building was extended. The reason was

that a count of the Holck family had planned to move in.

In 1941, the Bendix family bought the estates. Later on, their son got the farm. He was unmarried and 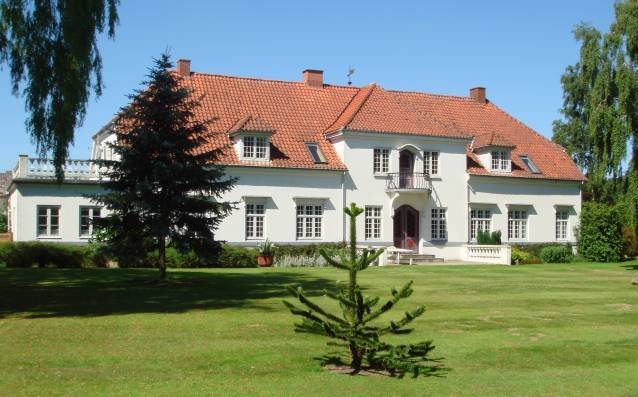 The home farm Frederikshøj Avlsgaard was built in 1803 by Frederik Juel. The estates were planned

to serve the farming community as an experimental and tutoring farm for crops. Additionally, it gave the

towns (Early on, farms where located inside the towns). Frederikshøj acted as a tentant farm under

In 1889, the stables were destroyed by fire after a lightening strike. Fortunately, nor man nor beast were

shortly after his death, the estates where sold in 1990 to Arne and Bente Lyder Hansen.

Later on, the farm has undergone major restructuring and renovations in order to host farm holidays and

Bed & Breakfast. The changes include turning sections of the stable into holiday apartments and making

separate apartments in the mansion house.

Today, the farm is run by Annette and Torben Poulsen.